Courier Systems is committed to provide the best and most user friendly sameday courier service available. With this in mind, when we had the opportunity to buy eCourier last year we jumped at it. eCourier had rapidly achieved a significant presence in the London courier market with a similar customer care focus and some revolutionary technology

Courier Systems and eCourier have been part of the same group and worked together for over 12 months now. We recognise that operating two separate brands sometimes leads to confusion for our customers and so, using the fresh and vibrant image we have inherited from eCourier, we have decided to adopt their livery across both fleets.

The eCourier corporate branding will be used on our entire vehicle fleet and our courier’s uniforms. The website branding will change but the functionality will remain exactly the same. Can I take this opportunity to reassure you as a highly valued client that we will continue to provide the high quality and environmentally friendly service that your business demands. The people and couriers who currently ensure that your items are effectively and efficiently delivered will still be undertaking these tasks and are fully conversant with all of your requirements and needs.

We are certain that the imminent enhancements in technology will significantly improve our overall service offering to you. These advances will be deployed across a fleet of more than 400 vehicles. You will see quicker response times and improved tracking and tracing. Our service will continue to be supported by our professional and customer service focussed operations team.

We are committed to fulfilling this rebrand quickly and efficiently. However, you will appreciate that it presents a big challenge and will take us some time given the size of our fleet. We do however plan to have the entire process completed by the end of this summer.

As we roll out the new vehicles and uniforms you will see a steady increase in eCouriers undertaking your collections and deliveries. All our couriers will carry dual Courier Systems/ eCourier I.D cards until the rebrand is complete.

Soon we will be able to offer you some fantastic new technology. This will include phone apps to track vehicles, ETA’s at the point of booking and regular updates throughout the courier’s journey. We will also be introducing “live chat” and then the most amazing courier booking website which eCourier spent years developing! Once you have access to the website you will be able to download your own management reports and later invoices too!

Please feel free to explore and discover more about eCourier and their technology by visiting www.ecourier.co.uk

If you have any questions or would like further information on any aspect of what we do please don’t hesitate to call or email your usual contact or email any of the contacts below.

On behalf of everyone at Courier Systems and eCourier may I take this opportunity to thank you for your business and your loyalty.

Posted by admin on July 3rd, 2014 in Uncategorized

We are delighted to inform you that courier Systems is going to rebrand and become eCourier. eCourier is a component of the courier Systems cluster and every one our couriers can share the eCourier brand. Once the rebranding is complete you may have access to some superb innovative technology such as: courier pursuit Apps, Instant Quotes, Journey Time Projections, Report downloads and on-line Chat. You will even have the selection of using our new whizzy On-line Booking web site. Our dedicated, skilled employees will still be taking care of you and their contact details can stay the same. To find out a lot of concerning these exciting enhancements to our technology simply click: Tell me more?

Posted by admin on June 30th, 2014 in Uncategorized

Courier Systems anticipates that the gamesâ security measures and road closures will impact on Londonâs road and transport network. Aside from the additional amount of people in the capital, a number of measures are planned by Transport for London to ensure the smooth movement of athletes, diplomats and media, including; dedicated lanes on some roads and partial restrictions on traffic between 09.00 and 24.00 daily. Courier Systems is currently looking at ways to minimise this disruption and to provide additional services to our clients where required.

Like most Londoners, we are excited to be in the city that will be hosting the 2012 Olympic and Paralympics games that will take place in London during July, August and September 2012.

The majority of the route networks are in London where most of the sporting venues are located. The restrictions will include special Olympic Games lanes, modified traffic signals, restricted turns, no stopping on roads between the hours of 06.00 and 24.00 and numerous road closures.

Both collections and deliveries are expected to be severely affected in areas surrounding sporting venues and on all roads leading up to them.

As a commitment to our customers, we promise to ensure that deliveries are disrupted as little as possible. We want to make sure we continue delivering a superior customer experience.

Our Operations Team are currently compiling a full and comprehensive operational contingency plan which, upon receipt of the finalised ORN will form the basis of our detailed plans going forward.

Contact with customers and delivery points has already commenced and will continue until the games are completed in September.

Also, please be advised that the route networks are still subject to revision and that traffic restrictions will be further added due to crowd control and traffic management issues. The ODA and TfL are currently advising that finalised plans will continue to be updated until the start of the events.

An analysis by the Standard shows that more key routes will be shut or restricted for official London 2012 access than previously thought. There will be road closures for official Olympic access only; pedestrianisation near sports venues and side streets shut for London 2012 operations. Analysis also reveals that the Olympic-only lanes form only a fraction of the routes restricted for Games purposes.

The snapshot analysis looks at the central London section which is the crucial hub covering the Park Lane hotels for VIPs, beach volleyball in Horse Guards and the main road link east to the Olympic Park.

There will be some road closures for official Olympic access only; pedestrianisation near sports venues and side streets shut for London 2012 operations. Analysis also reveals that the Olympic-only lanes form only a fraction of the routes restricted for Games purposes.

Transport for London admits there will be disruption but insists it is keeping restrictions to a minimum. Analysis of the wider network, which also covers Wembley, Lord's, Greenwich Park and Wimbledon reveals the extent of other restrictions. Figures provided by TfL show:

Closures will be in place for 16 days of the Games starting on July 27 and a scaled-down version for the Paralympics from August 29 to September 9.

Should you want to see the roads which will be disrupted in a larger area, please click on the images above.

This is a list of events that will have the most impact on roads in London. Of course all other events that occur in a particular arena will cause a significant amount of traffic before they begin and after they finish, so we have compiled a complete list of events in London along with their date, location, opening and closing times below.

The Olympic torch will be traveling throughout the UK and Ireland from the 19th of May until the opening ceremony on the 27th of July. Of course, this will cause some roads to be closed before the games begin though in a smaller scale than other events. Too see which areas will be affected on each day, visit this page on the BBC website.

Other affected areas such as Earls Court, the ExCel Arena, Greenwich Park, Hyde Park, Lord’s Cricket Ground and of course, the Olympic Stadium itself will also have times at which there will be large amounts of traffic surrounding the area. For more information, visit the list of Olympic and Paralympic events on the official website. Click on the links in the table below to see the precise area through which each event will occur.

What Courier Systems Is Doing

We have looked at some of the reports and recomendations from previous games. Whilst historically it would be expected that traffic levels would drop by 20-30% during the games period; the closure of some key arteries will undoubtly restrict the flow of traffic and the ability to access some buildings in the affected areas. In order to minimise this Courier Systems is considering the following; 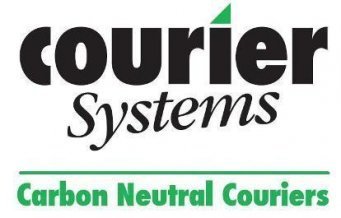 Welcome to the Courier Systems news site; here we will be posting updates about our services and keeping you up to date on how you might be affected by weather, events and other adversities. We are committed to providing the best possible courier service in London, and we hope to do so by enabling as much transparency as possible via this news site.